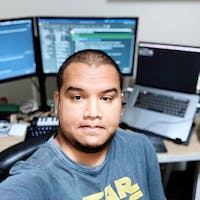 We all use adapters in our daily life, when we want to connect a DVI monitor to a VGA port we need an adapter to do that, or when we want to use a microSD in a SD memory card. So guess what, we can do kind of the same thing using this design pattern.

An adapter allows you to translate one interface for use with another. Adapters basically allow objects to work together in a situation where they couldn't because of their different and incompatible interfaces. The adapter translates the calls to its interface into calls that the original interface understands.

To explain it a little bit better there's nothing like seeing it in action with an example. We're going to use PHP, but the same principles apply to any other language.

So imagine that someone gives you an old school Walkman, but you're a teenager that only knows how to use an iPod and touch buttons on the screen, so we're going to create an adapter for you, so you don't have to worry about how it works, you just touch on our Walkman Adapter and it does the job.

And the output will be:

You can run and view the full code here: codepad.org/vduny4f4

And that's all! Painless code right?